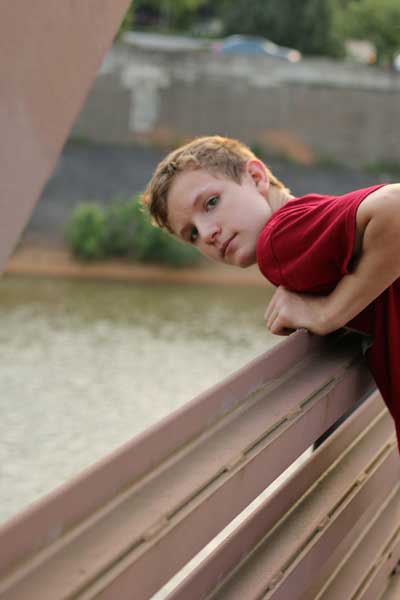 My name is Tommy Williams and I am 15 years old. I am also a survivor of child-on-child rape, incest, and sexual assault.

Around the age of 8, my 13 year-old half-brother began sexually assaulting and raping me. He has since stated that, although he was never sexually assaulted, he became curious after being given unfettered access to pornographic videos. The assaults went on for about two years.

In January of 2013, I disclosed to another child. I hoped to put an end to my half-brother's sexually abusive habits and get him the help he needed. Shortly afterward, the police were contacted. The process had finally begun. In April of 2013, my half brother, John Chester Williams III was adjudicated on fellony two statutory sexual assault.

After experiencing the sexual assault and enduring the subsequent impact it has had on my life, I've turned to public speaking. I feel that by sharing my own experiences, I can help other people, in similar situations. For some, this might mean gathering the courage to step forward and report their own rape. For others, it could simply mean coming to terms with experiences of the past.

I want other victims to know that it is not their fault - no matter what their abuser has told them. Someone will listen and they are not alone!