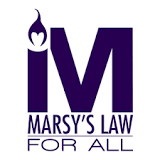 Marsy's Law is the California Victims' Bill of Rights Act of 2008. It is currently the strongest and most comprehensive victim's rights law in the United States. Since it's approval, many groups have begun movements to endorse its approval in their home states - including Pennsylvania.

Stop Sexual Assault in Schools provides students, parents and organizations with resources aimed at ensuring that the right to an equal education is not compromised by sexual harassment, sexual assault or gender discrimination.

In 1995, Pennsylvania Governor Tom Ridge signed Act 24 of 1995 (aka "Megan's Law") into effect, for Pennsylvania. "Megan's Law" establishes a registry for convicted sex offenders, so communities are made aware of their whereabouts.